What Is Neurofeedback Therapy? 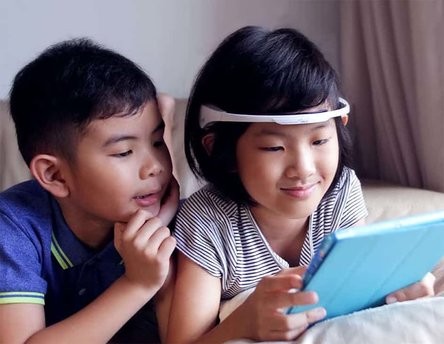 What is Neurofeedback Therapy for ADHD?

Neurofeedback is a form of EEG biofeedback. A headgear with EEG sensors will monitor the brain waves. It is painless and non-invasive as the sensors do not go into the head to interfere with one’s brain waves.

The sensors are linked to a brain-computer interface technology whereby usually a computer game was controlled and played using only the brain.

The brain waves of ADHD children are deemed to be different from children without ADHD. Thus, the goal of neurofeedback is to train self-regulation; it is to teach the person to learn how to control the unconscious physiological function which is the electrical activity in the brain.

When the person learns how it feels when he/she is concentrating, this might give him/her more control to “create” brainwaves that can reduce ADHD symptoms.

In psychological terms, neurofeedback is a form of operant conditioning, in which a person learns to modify behaviour based on rewards and other consequences, in this case, the scores of the game.

Since effective ADHD intervention is usually multimodal, we have partnered with occupational therapists and counselors to set up a unique, hybrid program to tackle attention and behavioral issues.

In our program, the child will undergo screening for sensory, physical, and behavioral issues. The child’s attention level will also be assessed and calibrated through our use of a digital attention training game program called Cogo* (Previously known as Cogoland).

After which, putting together the different areas of the child’s profile, a customised ADHD program would be set up for the child.

Find out more details about our Attention Span Assist Program (ASAP) to enhance the focus of an ADHD child. This program is suited for children between 7-12 years old.

*Cogo is a digital attention training program for ages 7-12, using neurofeedback with a non-invasive Brain-Computer-Interface (BCI) game. We are the authorized reseller of Neeuro Cogo Solutions.

Our use of Cogo* as a Neurofeedback Therapy

Cogo* is a brain-computer interface neurofeedback software designed for children with ADHD. Cogo* was developed through the collaboration between IMH, Duke-NUS Medical school, and A Star’s Institute for Infocomm Research.

There was extensive clinical testing for this program. Large-scale randomised clinical trials of the game-based brain training program were carried out over time. The program was found to show improvement in the attention span of children with ADHD.

Why the use of Video Games?

Video games effectively hold the attention of most kids. ADHD children would find games even more compelling than an average kid due to the instant gratification and rewards.

Learn More About Our NeuroFeedback Therapy

What Is Neurofeedback Therapy? was last modified: January 13th, 2023 by admin
Contact us for more information