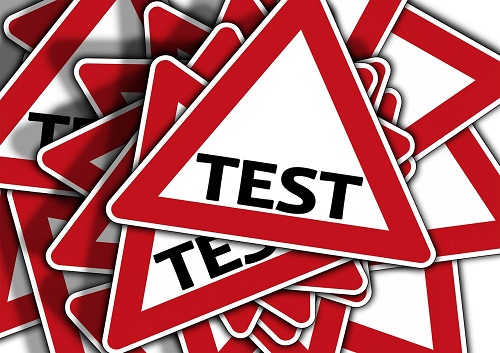 How can you tell your child has ADHD?

Usually, your child’s unruly behavior is extreme. He will be “running, jumping, climbing on everything, he can’t sit still, they talk all the time. He is often on the go’ or ‘driven by a motor.’ Your child may be accident-prone as he may act without thinking things through.

A child with ADHD can also be emotional. If something frustrates him, “you’re going to see that frustration come out.” For instance, if you say you might take him to a carnival, he may keep talking about it and ask about it non-stop. If you change your plan, he may just blow up.”

The exact causes of ADHD are not known.

Experts do know that ADHD has a strong genetic component. In addition, they think that genes that control the levels or functioning of certain chemicals in the brain called neurotransmitters seem to be different in those with ADHD.

Possible causes of ADHD include:

ADHD has a strong genetic basis in the majority of cases, as a child with ADHD is four times as likely to have had a relative who was also diagnosed with attention deficit disorder. At the moment, researchers are investigating many different genes, particularly ones involved with the brain chemical dopamine. People with ADHD seem to have lower levels of dopamine in the brain.

Children with ADHD who carry a particular version of a certain gene have thinner brain tissue in the areas of the brain associated with attention. Research into this gene has showed that the differences are not permanent, however. As children with this gene grow up, their brains developed to a normal level of thickness and most ADHD symptoms subsided.

Certain components of the diet, including food additives and sugar, can have clear effects on behavior. Some experts believe that food additives may exacerbate ADHD. And a popular belief is that refined sugar may be to blame for a range of abnormal behaviors.

However, the belief that sugar is one of the primary causes of attention deficit disorder does not have strong support in the research data. While some older studies did suggest a link, more recent research does not show a link between ADHD and sugar. While the jury is still out on whether sugar can contribute to ADHD symptoms, most experts now believe that the link is not a strong one. Simply removing sugar from a child’s diet is unlikely to significantly impact their ADHD behavior.

Some studies also suggest that a lack of omega-3 fatty acids is linked to ADHD symptoms. These fats are important for brain development and function, and there is plenty of evidence suggesting that a deficiency may contribute to developmental disorders including ADHD. Fish oil supplements appear to alleviate ADHD symptoms, at least in some children, and may even boost their performance at school.

There may be a link between ADHD and maternal smoking. However, women who suffer from ADHD themselves are more likely to smoke, so a genetic explanation cannot be ruled out. Nevertheless, nicotine can cause hypoxia (lack of oxygen) in utero.

Lead exposure has also been suggested as a contributor to ADHD. Although paint no longer contains lead, it is possible that preschool children who live in older buildings may be exposed to toxic levels of lead from old paint or plumbing that has not been replaced.

Brain injury may also be a cause of attention deficit disorder in some very small minority of children. This can come about following exposure to toxins or physical injury, either before or after birth. Experts say that head injuries can cause ADHD-like symptoms in previously unaffected people, perhaps due to frontal lobe damage.

ADHD can be diagnosed by using the following assessment

What can Therapy Alliance Singapore do for you?

If you observe ADHD symptoms as mentioned above for your child, do not hesitate to contact us for a no-obligation discussion on your child’s condition with our Therapist/Specialist before deciding to perform an ADHD test or assessment for a complete analysis of your child.

Recognizing ADHD symptoms and seeking early intervention will lead to better outcomes for both affected children and their families.

Email us any inquiry, our Therapist/Specialist will offer their best advice on whether it is necessary to have the ADHD test to be carried out.

Contact Us to Learn More About ADHD Test Today!